They are mostly known for their NoCopyrightSounds singles, for example So Happy which reached over 5 millions views on YouTube, In The Air which reached over 3 million, and others such as Call Me Again and Get This Party. They now count more than 50+ Millions streams.

However, Raven & Kreyn appeared several times in the international Beatport Top 100 chart, in particular with their single Back To The Future which reached 5th., Nobody Else 2th, Rock Now at the 29th place,Long Game 30th place,Chicago 32th.and more.

In 2017, Raven & Kreyn released an official remix of Galantis & Throttle song "Tell Me You Love Me". 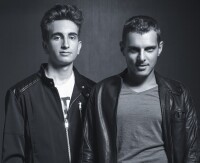