Early on in his career, Apster received massive support from top jocks like Laidback Luke, Erick Morillo and Roger Sanchez for his remixes. It was quickly followed by numerous releases, remixes and collaborations, highlighted by a remix of Sandro Silva’s ‘Told Ya’, released on Steve Aoki’s label Dim Mak and Pitbull’s track ‘Pause’, which was produced by Apster.

More recently, Apster also teamed up with Holland’s biggest dance export product of the moment, Afrojack. Not only did Apster release his track ‘Bubble Gutz’ on Afrojack’s label Wall Recordings, but remixed Afrojack’s platinum US smash hit ‘Take Over Control ft. Eva Simons’ and went alongside Afrojack for an Australian tour. He follwed up with another WAll release, Ï NEED MORE" featuring Eva Simons, and is touring with Afrojack throughout Europe all summer.

Apster has put a lot of effort and time is his productions, but he sure didn’t forget about his career as a DJ. He has been playing at events like 'JACKED' 'F*ck me im famous' (ibiza) and 'SuperYou&Me' and gigs in France, Greece, Morocco, Switzerland, Italy, Spain, Turkey, Bulgaria, Curacao and Aruba just to name a few.
Apster made sure he pleased the crowds with his recognizable beats. 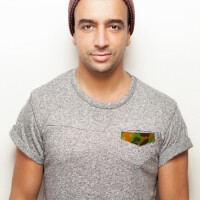