Since 2009 is resident of clubs like Om Club and Me Robo El Corazon. Since his inception has shown commitment to the Latin sounds fused with the finest Techhouse, and Techno beats.

Experienced drummer and percussionist, using his musical studies in 2008 he decides it's time to create his own sound so he begins getting into the world of music production. 2009, and with more experience on his shoulders, he take part of the contest "Cr2 Records Fedde Le Grand Remix Contest" and he won it in the Techno category.

Because of this, his remix is published in the prestigious London based label Cr2 Records, which was looking for a new artist to do the remix for the song "Get This Feeling" of the award-winning DJ and producer Fedde Le Grand.

At this point, his career takes a new helm constantly sophisticating his producer skills. In 2010 he released two of his own songs with the Croatian record label BM Slim Records, "I Feel U Weak" and "Cancato" under the pseudonym Annuit. 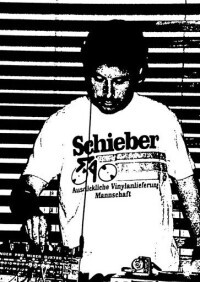