Young Richard also has the been the openning act for many artist as Bjork, Nine Inch Nails, The ORB & Clive Barker… Height 611 productions (by Young Richard & The Late Peter A.) was a new version of hard house meets industrial sounds and bass heavy kicks with subs that that filled all of the main rooms of the club scene. X-beat was a sound with the kick being 3/3 rather than the traditional 4/4 pattern. Producers like Gomi, and Junior Vasquez, DJ Pierre were also credited for this sound in club land.
In 1999 Richard escaped from New York, and has been still producing tracks, and playing in high end Fashion events, and for select artist, and showcases as he did in New York.

WHERE:
I WAS A DEEJAY IN NEW YORK FROM ABOUT THE TIME WHEN LIMELIGHT HAD THE CHAPEL, THE PALLADIUM HAD THE ENGINE ROOM, & WEBSTER-HALL (THE MAKE-UP ROOM).
I PLAYED AT THAT MAKE-UP ROOM FOR 3 YRS ON FRIDAYS TILL I GOT FIRED, FOR NOT PLAYING MAINSTREAM HITS...WE (PETER+REIGN) ALSO HAD A WEDNESDAY NIGHT MAIN FLOOR PARTY FOR 1 YEAR (QUEEN) THE MANAGER WOULD COME UP TO ME DRUNK & TELL ME TO PLAY SOME TRASH...
SO I WENT TO THE MAIN ROOM AT TUNNEL FOR 1 YEAR.
WE MET JOHNNY VICIOUS AND HE RELEASED OUR ENTIRE DISCOGRAPHY ON HIS LABEL. "VICIOUS MUZIK"
I JUST STARTED TO PLAY OVERSEAS & MOSTLY FRANCE (4-5 TOURS) THANKS TO AURELIE COTUGNO WHO WAS OUR MANAGER AT THE TIME! IT WAS HARD TO PLAY EVERY WEEK IN THE BIG APPLE.
I ALSO HAD A RESIDENCY FOR 1 YEAR AT "SAVE THE ROBOTS" IT WAS AFTER HOURS &
A WHOLE DIFFERENT WORLD, THIS IS WHEN JUNIOR WENT TO THE TUNNEL, & DANNY TO TWILO.

FOTO:
DURING MY ENTIRE CLUB KID DEEJAY EXPERIENCE, I WAS ALSO A PHOTOGRAPHER DOCUMENTING THE SCENE AS I SEE.
I ALSO WORK WITH A CLUB KID MODEL AGENCY (A-PLUS) PICS WERE MOSTLY MONOCHROME & EDGY RAW DRAG QUEENS & PERSONALITIES FROM NIGHT LIFE...MANY ARE DEEJAYS & RECORDING ARTIST NOW, CAUSE SOME MOVED FROM CLUB LAND TO THE MUZIK BIZZ & MOVIE INDUSTRY.
MY LAST FEW YEARS IN NY I WORKED IN A UNDERGROUND RECORD SHOP (THROB) IT BROUGHT NEW MEANING TO MY GENRE, AND OPENED ME UP TO SOUNDS I NEVER THOUGHT I WOULD PLAY...
SO I WAS TOO COOL FOR NUEVA YORK.

IN 1999 I ESCAPED NYC AND WENT TO VISIT JAPAN. MY FIRST VISIT WAS NAGOYA AND THEN TOKYO.
IT WAS AMAZING THE ENERGY, THE BUZZ TOO FEEL NEW AND APPRECIATED, LOVED ONCE AGAIN, TAKING PHOTOS AND DEEJAYING FELT ALL FRESH AGAIN! I DECIDED TO SELL ALL OF MY DJ EQUIPMENT, MY PHOTO STUDIO, DARKROOM IN NYC AND MOVE FOR GOOD TO TOKYO!

WE HAD RESIDENT PARTIES AT CLUB ASIA "K", "FLAK PARTY" AT CORE, WAS PLAYING BIG FASHION EVENTS AGAIN! HAD OUR OWN PARTY "language" at bul-lets, "BAD LANGUAGE" @AOIHEYA, STARTED TO PLAY WITH BIG NAMES AGAIN IN VENUES LIKE LIQUID ROOM, LE BARON, MANIAC LOVE, MAGO IN NAGOYA, ROKETS IN OSAKA. 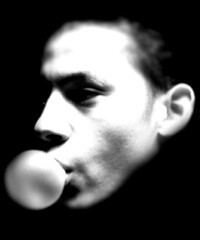 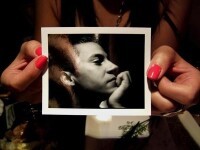 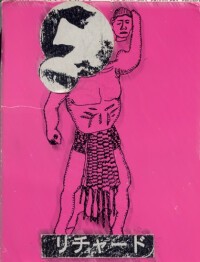