Benny Benassi was born in Milan on 13 July 1967.
He works as a DJ producer in collaboration with his cousin Alle Benassi, who is a musician and arranger at Off Limits, in Reggio Emilia, Italy, the internationally successful production unit run by Larry Pignagnoli.

The record was highly acclaimed:
Timo Mass - I have it, crazy fuckin record....crowds love it!!
Carl Cox - Pure energy I love it!
Boy George ? Dirty Electro house at it best
Darren Emerson ? Norman Cook called about this record and as soon as I heard it I loved it!!!
Roger Sanchez ? Loved his mix of Tomcraft, his record is even better.

The album HYPNOTICA stayed in the top 20 in the Official Album Sales Chart in FRANCE for over a month, having reached the TOP 5.

Benny and Alle then produced Benassi Bros, a project designed to shine the spotlight on the two Biz vocalists, Paul French and Violeta and other guest singers.
The track by Benassi Bros. feat. Sandy, “Illusion” and “Hit my heart” featuring Dhany were both monster top 20 sales charts hits in France and the album, PUMPHONIA, went gold in France.

Benny mixed SUBLIMINAL SESSIONS VI, for the famous New York label and, for the occasion, produced a track called “I want you to come” under the psuedonym BAT67. With this name he also remixed “Hot Tin Groove” by Rava and “Warman Whoreman” by Digitally Stoned People. He is the first European dj to have mixed a Subliminal Sessions compilation.

In 2004,
- three nominations at Dancestar, Miami and won the best video award
- DjMag favourite DJ Poll Top 100: Benny is number 18, the highest new entry
- European Border Breakers Award for Hypnotica, the Italian album that sold most in Europe outside Italy

2006
Benny's single Who’s Your Daddy? does really well and the hot video becomes cult
Benny rocks the Ultra Festival in Miami and later in the year plays at a special event mounted in his honour in Manila to over 30,000 people.


2007
Benny rocks the Summerdayze festivals in Australia.
He is the first dj to tour Canada extensively on a bus, like a rockstar, 25 shows in 30 days. All sold out.
The compilation "Benny Benassi cookin' for Pump-kin, special menu" is released.
Benny headlines the house stage at the Ultra Festival in Miami.
Benny plays at the Coachella Valley festival in California in April. According to the organizers there are 25000 people in his tent.
Benny is the headliner at UV Nation in Kuala Lumpur. Despite heavy rain in the afternoon, 20,000 ticket-buyers turn out to see him. The weather holds and Malaysia rocks to his electro beats.
Benny remixes the theme tune to “24”, the cult TV program for Fox.


When Benny isn’t in the studio, he tours the world rocking clubs and events with his unstoppable energy. He has played and continues to spin his records in the best clubs on planet Earth. He has played in every continent and most countries.
He is rated as one of the best djs in the world and generally considered to be the father of modern electrohouse club music. The history of house music can be divided into “before and after SATISFACTION”.

His dj style is easy to describe…. it’s kinda electro, sort of house-tec, dirty and cool, sweaty and smooth…. 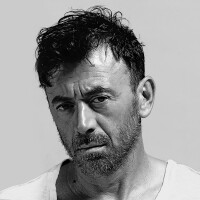 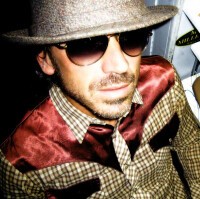